Merriwa Springtime Show have mixed up your typical hoof and hook competition with a goal of providing meaningful benchmarking data to participants under the guidance of section captain Tony Inder, Rockwell Livestock and Property, Merriwa. 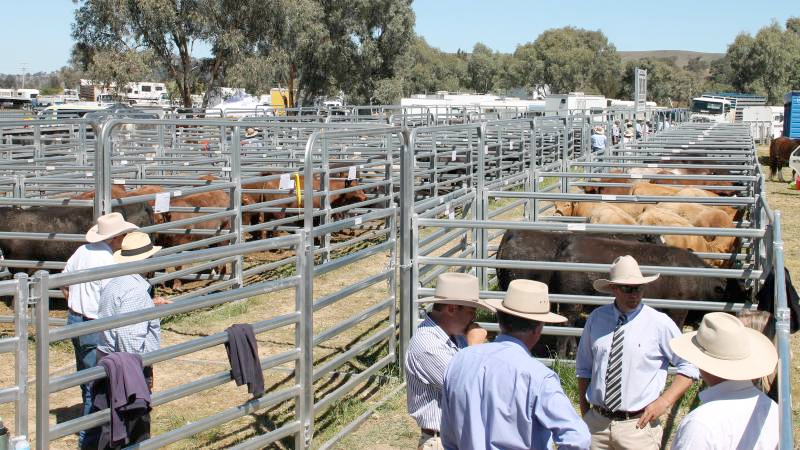 In partnership with Woolworths and Alexander Downs the shows hoof and hook competition is like no other outside of a major royal show. Steers are fed at Alexander Downs feedlot, Merriwa for 100+ days and processed by Woolworths at their Tamworth facility being assessed under MSA standards.

The competition was adopted as a way to provide relevant and reliable data back to participants with a unique opportunity to benchmark on a like for like basis and aid in increasing the performance of local beef herds. Cattle grown under the same conditions, in the same feedlot, for the same period allowing for the genetic merit of cattle to be assessed as pointed out by show president Pat Ryan.

The committee is now keen to broaden the geographical reach of the competition after running in the current format for three years.

“We are keen to broaden the data sample and identify further genetics that perform under commercial conditions for the benefit of all participants,” he said. “Hence the decision to open the competition to entrants from further afield and increase the number of cattle in the competition to 180 head.”

Judged both on a team of three and individual basis, cattle are assessed on average daily gain, feed intake, carcase value, and profitability to the feedlot.

As well as being carcase assessed for market specifications, saleable meat yield and eating quality. Cattle are to be delivered to feedlot Wednesday June 14 and are purchased upon induction by Alexander Downs at a price calculated the week prior at a premium above market value.

All cattle will be on display at Merriwa Springtime Show on September 16 and with the hoof component of the competition undertaken at the show. Cattle will return to the feedlot for remaining feed period prior to being purchased and processed by Woolworths. All carcases are chiller assessed with feedback provided to participants at a presentation dinner where $5000 is up for grabs.

Rockwell Livestock and Property’s Mr Inder coordinates all competition nominations and induction, as well as the analysis of both feedlot and carcase performance data and feedback to participants.