Farmers have rolled up their sleeves for a mammoth result. A charity drive for Sir Ivan fire victims has value added $250,000 to donations using bush connections. 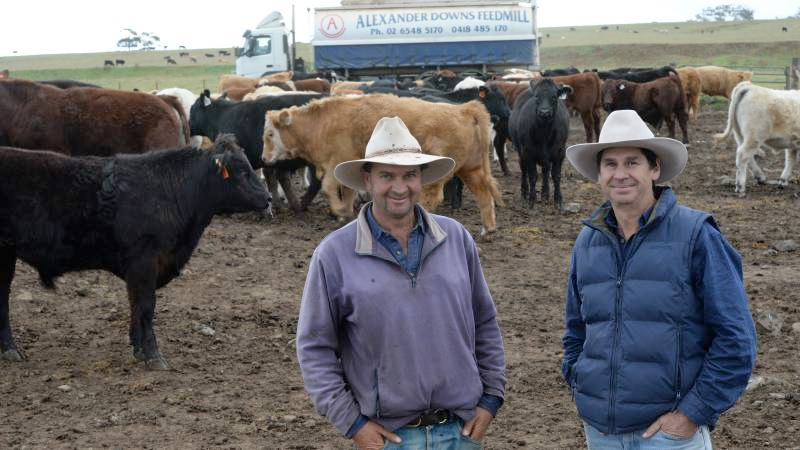 Soon after the disastrous fire earlier this year, a group of Merriwa farmers got together and set up via the support of NSW Farmers – the Merriwa-Sir Ivan Bushfire Appeal.

Donations flooded in for the Sir Ivan appeal from around the country. Eventually, $450,000 was collected including a few generous individual donations of $50,000. Some 220 head of cattle were also donated. In all,  the appeal fund is expected to top $1 million.

The plan was to ready the cattle for sale in 100 days and generate extra money to support Sir Ivan bushfire  victims. The Gill family of Alexander Downs at Merriwa stepped in to offer their farm as the home for the cattle drive. With the guidance  of Tony Inder of Rockwell Rural Livestock and Property Sales, some 400 other head of cattle were bought, mainly steers. Generous people then donated ear tags, vaccines, transportation and grain, as the Gill family oversaw the project to fruition.

On the ground was NSW Farmers Merriwa branch president and president of the Merriwa Show Society, Pat Ryan, “Meriden”, who was making sure everything was going to plan. NSW Farmers provided accounting services and the legal vehicle for the charity drive. Meanwhile, the Gills, including Steve Gill, were busy getting cattle primed for sale. The scheme has finally come to fruition with the first lot of cattle, about 150 head, sold to Woolworths this month.

Ready for sale. One of the Sir Ivan steers from the Gill feedlot. Photos by Rachael Webb.

Pat Ryan said the appeal funds will directed at infrastructure replacement. The effects of the February fires are ongoing – and the fund will chime in just as many victims are doing it tough. The appeal had its own facebook site and was also known as the Merriwa Feedlot Appeal. “The contribution of the Gill family at Alexander Downs has been significant,” Mr Ryan said.  “They are managing and feeding about 600 odd head.”

“We will be hopefully selling all these cattle off in a couple of months.” A separate 8-person committee of the fund will look at distribution of funds to bushfire victims. People can apply for funds from next month through the NSW Farmers website, the Appeal’s facebook page or directly to committee members.